Bhavani refuses to accept Pulkit and regards him as a servant. She accuses him of capturing Devyani and, with Sai’s help, married her. Virat says that all Sai and Pulkit have done is for Tai’s happiness. She tells Virat that she gave Sai enough freedom that he called her for lunch. She says that Sai does all the things he shouldn’t do. She tells Pulkit that what he thought would bless him. that she will clean her house with gangeyal after he leaves. Ninad scolds Pulkit and asks if he’s not ashamed to stay away from them. Omkar tells him that he is not fit for forgiveness.Devyani asks Sai if he saw their behavior and insists on going home. She cries. Virat says that everything Bhavani said was angry. Pulkit asks Devyani to see how Ashwini respected them and gave them so much love. Ashwini asks Devyani for food. Devyani refuses and insists on going home. Sai tries to stop her from leaving. Pakhi asks Virat if his ideal wife gave him an idea so he didn’t think the drama was going to happen here. Virat says he asked Sai to inform the elders. but I don’t think Sai made any mistake calling her here. Pakhi says you never see Sai’s mistakes.She apologizes to Pulkit and asks him to leave. Pulkit says you’re right we’re leaving here. Sai asks Pulkit to make Devi understand him. Virat asks him to wait, he said that Pakhi said the thing at the wrong time as they are family now. Devyani asks Sai to promise that no one will speak ill of her to her. Sai promises and asks Virat to bring her inside. She will speak to Bhavani. Bhavani asks how dare you come here after so much drama. Sai takes her hand away and tells her that he has come to speak to her. Bhavani says it has nothing to do with meaningless speech and people.Sai asks her not to tell him that she has nothing to do with Devi and asks if she can’t see her happiness. Pulkit takes good care of them. Havani lets her leave her house and tells her none of them have her. The relationship with me and me begs you to stay away from it. Try to close the door. Sai forcibly opens the door and asks where Devyani’s son is. Sonali is bored sitting down and thinks about what the title of this film could be. Ashwini asks him to be quiet, Mohit asks Virat to see what they are talking about. Virat assures him that Sai will take care of everything as she has the quality to do everything. Pakhi mocks Virat, telling him that Sai can handle anyone except her husband. Ashwini tries to convince Devyani to eat something and talks about Abshagun.She asks Ninad to say. Ninad tells him that Abshagun happened when this girl married the servant. Virat urges Ninad to think before saying angry, as words make an impression for life. He apologizes to Devyani. Devyani cries and insists on leaving. Pulkit asks him to calm down. Sai enters Bhavani’s room and locks the door. She says I’ll go from here, but first tell me where Devi Tai’s son is. Bhavani says you have heard enough of your pointless question and presentation. Sai asks him to tell him.Bhavani says I just know that Devyani has no children. Sai then asks why you are feeling tense and drinks water. She asks what are you hiding? Bhavani says you are talking nonsense. She asks if he took Devyani’s words seriously and says she is angry. and says nonsense. She tells him that Pulkit’s love is only for 4 days and then her love will turn into hate, he cannot deal with her. Sai says if he can deal with her and give her love for a lifetime. Don’t be happy with the fantasy and ask yourself to wait and see. Sai asks if Pulkit has loved Devyani all his life? Bhavani says it won’t happen.Sai says I’m sure Pulkit loves Devyani very much and I’m sure Devyani’s son is alive. Chavani stiffens. Sai says you can fool family members but not me. She says you are hiding a truth. He bets on her and asks her to look for Devyani’s son, who was never born. Sai says how can you be so numb as a mother and want to play with me. She says: Did you tell Pulkit that her son was stillborn? Bhavani asks what that means. Sai says I know you gave Devi’s son to an orphanage. Bhavani asks you to think a thousand times before blaming her.Sai says that Devi Tai had a daughter and shows him her photo. She says this is the same girl you gave her at the orphanage. She says her daughter lives in a good family and goes to school. tests every word for her. 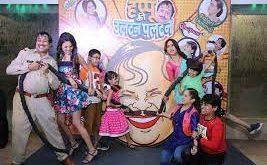 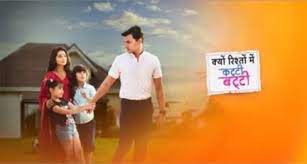 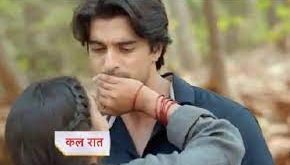 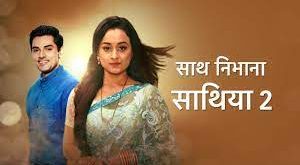 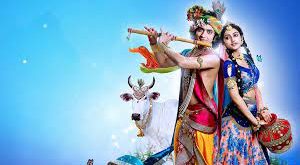